I Won’t Back Down is one of the best-known songs written and performed by Tom Petty, Rock and Roll Hall of Fame legend and leader of the Heartbreakers, who died suddenly this past October 3rd.  Like all of his music, it resonated for me, and it’s not a stretch to say that the Heartbreakers have been the sound track of my life.

Gainesville, Florida has been my home for nearly all of my adult life. I love this town, the people, the beauty of the environment and the University of Florida. Tom was our native son:  He and two of his band mates from the Heartbreakers grew up in Gainesville, developed their sound here and still have family here. Tom’s first cousin Sadie Darnell is our current sheriff.

When I first heard of his death, I felt the urge to listen again to his music, and dug into articles about his life, his work and upbringing. Throughout all of the pieces I read, I noticed a common thread; here was a hardworking, music-loving, sensitive artist who never forgot his southern roots.  His song, Southern Accent,was his anthem to his heritage; Johnny Cash said it was so good it should replace Dixie as the song of the south.

Tom Petty and his childhood friend’s first band was Mudcrutch, but the “fit” was not quite right; differing opinions about what kind of music they wanted to make together led to their breakup and ultimately to the formation of The Heartbreakers.  Tom was laser-focused on creating his own sound, not copycatting others. Tom and the Heartbreakers played with Johnny Cash, and toured with Bob Dylan. Later, Tom, George Harrison, Roy Orbison and Bob Dylan joined forces to perform together in the supergroup they called the Traveling Wilburys; a stellar career by any measure.

But most remarkably in a business better known for one-hit wonders, I learned that Tom Petty and two of the original Heartbreakers were together for forty years, adding only two other musicians to the band during its existence.  They’d just wrapped up their world tour celebrating that anniversary. And that made me wonder; how do the Heartbreakers and a handful of other bands manage to hold together over many years?  How does any team survive over such a long period of time? The more I read, the more I understood that the key to the Heartbreakers’ longevity was Tom’s attitude toward his position in the group – and his concept of what a team was.

Despite being the headliner, Tom always insisted he was not the leader of the band. He described himself as being more like the “older brother” in a family, who had to take charge of the “young ‘en’s” from time to time.  His bandmates agreed that it was “mostly a democracy” but in the end, Tom had the final say because they trusted his creative genius and his dedication to the purity of their unique sound.  They worked together to create a band for the ages. They disagreed and fought and quit – and returned, because they knew that what they were creating together was better and much more fun than what any of them could have done alone.

What are you creating for the ages?  Who is your team comprised of – and what do you bring to it as its leader?  What is it you are so committed to that you…Won’t Back Down? 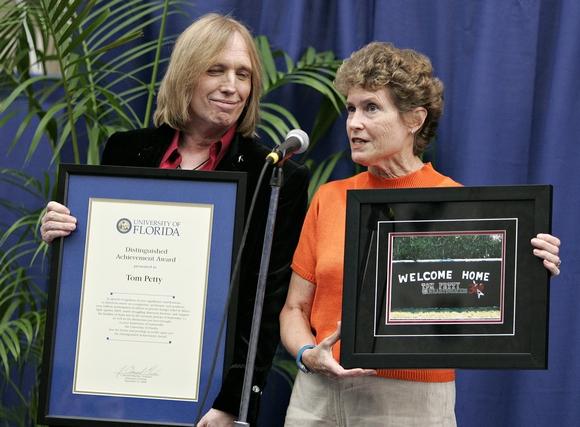