Even in a year in which I’d stretched myself past what I thought were my limits, October was the most intense month of growth I could imagine. There were days I felt like my brain might actually explode (fortunately for those around me, it didn’t.)

My October quest began with a question; How is the world beyond hospice using new technology to get their messages out in powerful, meaningful ways? I began the journey at Mel Abraham’s Thought Leader Academy. Mel is a CPA who helps people from across the world put their special genius into a framework that’s simple to explain and share with others. With 35 years of hospice and leadership experience I realized the things that I know and take for granted are unique – and I’m learning to bring them to a broader audience. For an idea of what thought Frameworks can do, think of how the pyramid graphic makes Maslow’s Hierarchy of Needs simple to understand. 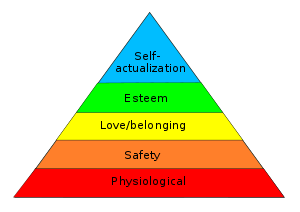 Patti and Mel Abraham at the Though Leader Academy in L.A. 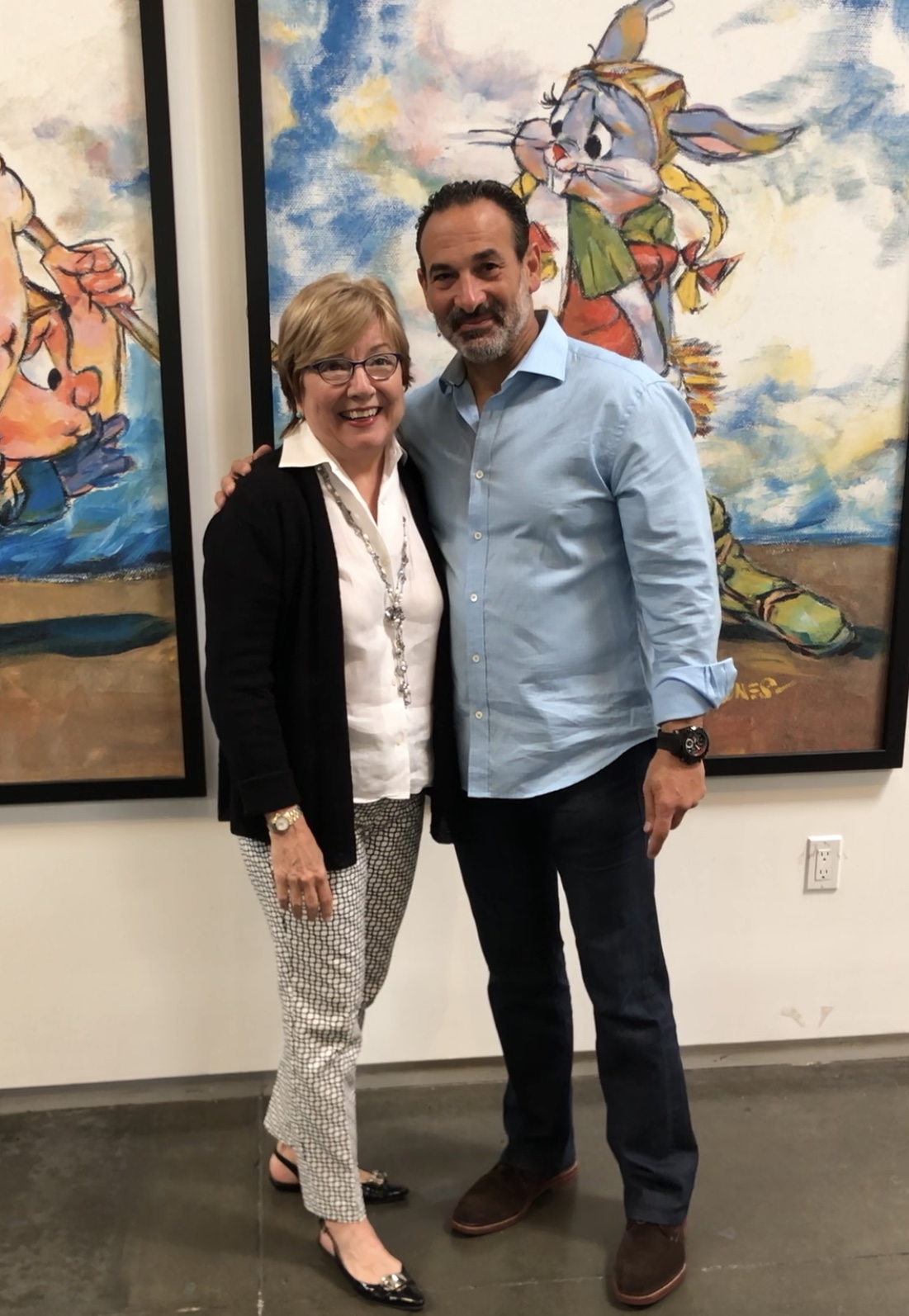 Next, I spent time with my voice coach Roger Love in Hollywood. I’m often asked, “Why do you need a voice coach?” Yes, Roger works with singers and actors on their singing voices (think Bradley Cooper for A Star Is Born), but his real joy is working with regular folks like me. He has helped me discover my “voice”; not so much the sounds I make, but the voice of my heart and soul, the “voice” that I want to use to positively impact the world.

Roger Love coaching me on my stage performance! 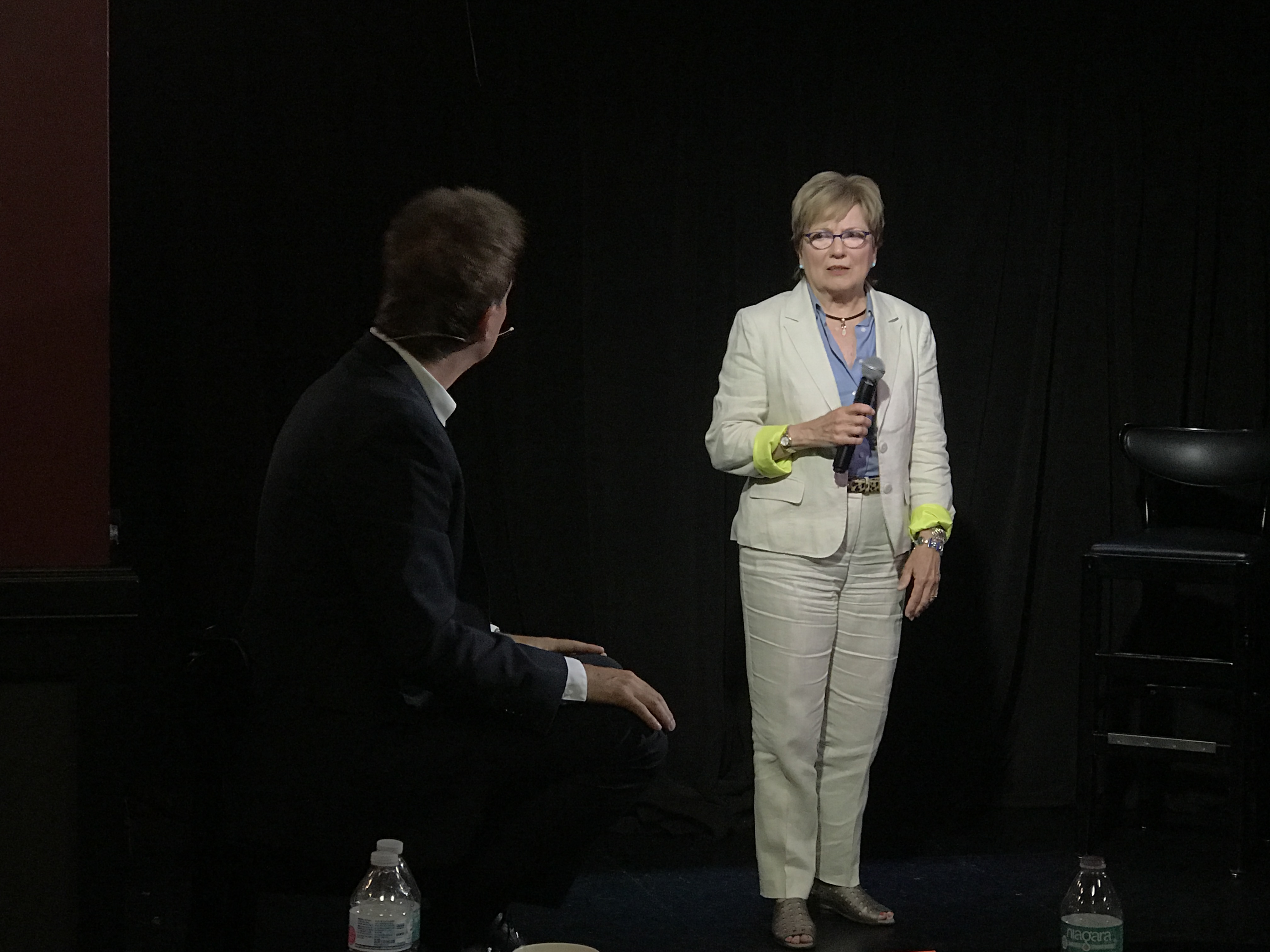 Roger Love with his Platinum and Gold records in his office 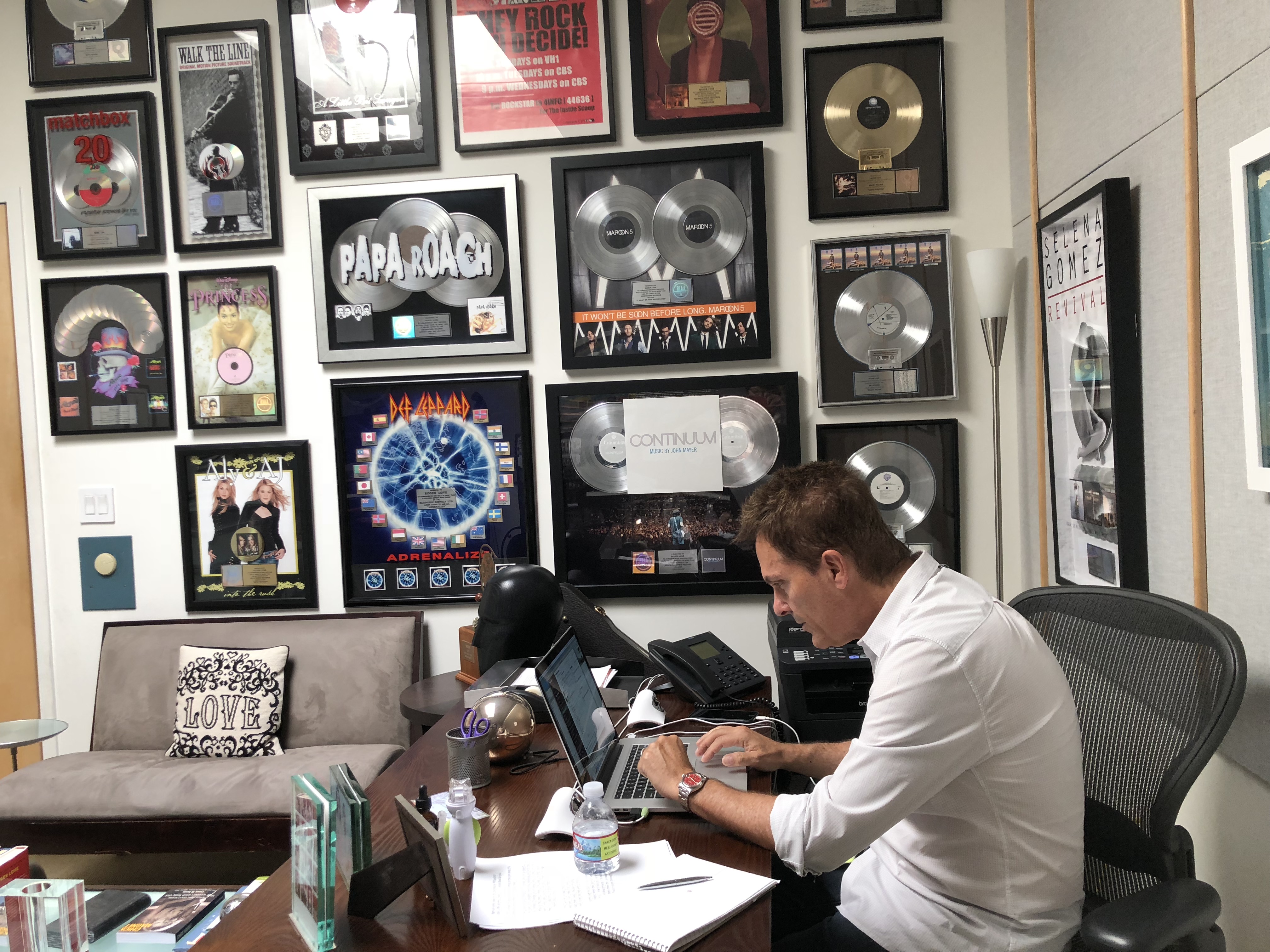 Then on to the Big Apple and Brendon Burchard’s Mastermind. Wow, I had to tie my socks on for this one. Brendon is changing the world, as an author of six bestselling books and a personal development coach to some of the world’s most influential people; Oprah, Presidents Bush and Clinton, Usher and me (ha!) The small group of international members who attended was as impressive as Brendon himself, all burning to make a difference in the world. Brendon challenged us to think big – I’m thinking BIG- and it was exhilarating! 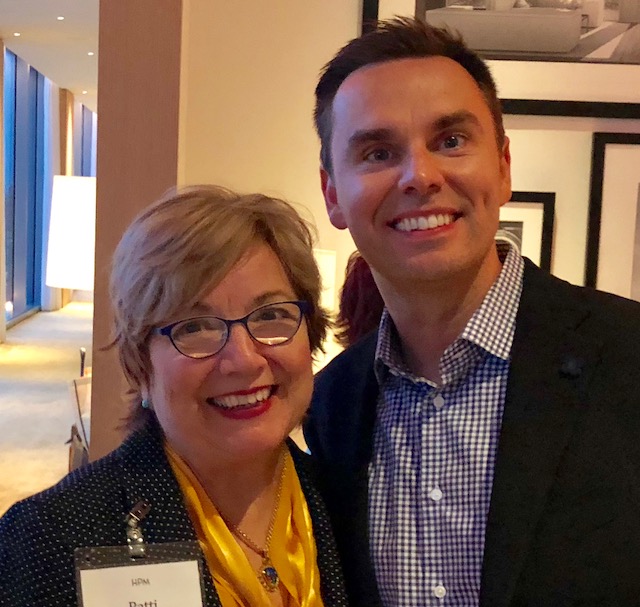 I finished off my tour of learning with a 3-day seminar with Bo Eason, former NFL player turned actor/playwright on Broadway with his one-man show Runt of The Litter. As a storyteller, Bo is a force of nature. You feel his intensity from the moment he walks into the room. As he puts it, he’s a player, not a fan. What does that mean? Some of us are fans, always clamoring to get a selfie with someone more famous/influential than we are, sitting on the sidelines cheering, but not participating. Some of us are players; stepping up, believing we are worthy of the game, putting in the hard work it takes to be the best and not playing small. Which was I?

Being critiqued by Bo Eason 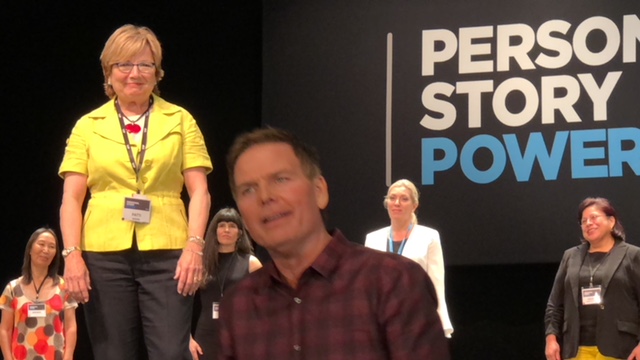 I admit it was a question I had to grapple with. When you look at life and your work through the lens of being a fan, never thinking you are on level ground with your heroes, you miss out on what it feels like to play the big game of life.

I’m now applying all I learned as I roll out several exciting new projects in the coming weeks: