Time to warm up the crystal ball, and kick off the annual roundup of trends to watch in hospice for 2018. Some of them are encouraging; others we’re just going to have to grin and bear. Hopefully all of them will support us in the vital work we do as a new generation of people with different needs and expectations around the end of life experience become our patients.

Here’s what I and others see coming down the pike:

1.    How we die – and where – will continue to change. The people we served in hospice used to be (and to some extent, still are) the Greatest Generation. But now the first wave of Baby Boomers are approaching the end of life, and their needs and wants are very different than those of their generally more stoic and matter of fact parents. We’ll see increasing demand for support for living – and dying – in place, as well as experimental and alternative therapies, spirituality, and new kinds of communities as the Boomers age, because their intellectual openness and thirst for meaningful experience will inform their choices at the end of life as  surely as they have throughout their lives.

2.    Technology will play an ever-increasing role in making it possible for people who wish to do so or who lack other options, to die at home. And this won’t just be fancy new apps or remote monitoring systems: As reported here in Politico, the emerging field of telemedicine will enable doctors and other healthcare workers to offer hospice-like end of life care to those out of the reach of actual hospices: “In an isolated rural stretch of Northern California, Dr. Michael Fratkin, founder of a company called Resolution Care, is “virtually visiting” seriously ill patients at home with a phone, a laptop, and free teleconferencing software. Many of Fratkin’s patients have scant family support; in addition to physical illness, some are dealing with poverty, food insecurity, and homelessness.”

Another area in which tech will play a role is likely to be the increased use of VR – virtual reality – as a way to provide enhanced sensory experiences and virtual “adventure travel” for those who are housebound.

3.    Increased regulatory scrutiny of hospice compliance will be the new normal: The “Hospice Honeymoon with Regulators is Over,” says Amy Baxter, reporting on the conference for Home Health Care News, October 18. Schabes laid out the top compliance risks hospices need to pay attention to:

4.    Advanced directives will take on increasing importance as patients become more aware of their roles in dictating how they wish to face the end of their life. Did you know that Pinterest features pins on  “best advanced directive ideas”? That tells you how mainstream this is getting – and that’s a good thing.  As lawmakers and healthcare groups push Medicare to promote and raise awareness of advanced directive, they’ll become even more common. If you’re in hospice, and not talking to patients about this or reaching out the community at large to instruct them on preparing advanced directives well ahead of need, you ought to be.

5.    Changing demographics means an uptick in the numbers of isolated elderly people who’ll need more care, particularly at the end of life. Boomers had fewer children than their parents, and our population is far more mobile than previous generations, who tended to stay closer to home as they raised their own families. That means we’ve got a generation of people who simply won’t have the access to family care that is needed at the end of life. There’s even a name for them; the “unbefriended elderly”. How we tackle this problem – through innovative ideas around things like group living at the end of life, telemedicine, and increased pre-hospice care – is going to be one of the defining themes for 2018 and beyond, and an area in which we can and should lead the way.

What are you seeing on the horizon for hospice? I’d love to hear about your thoughts. 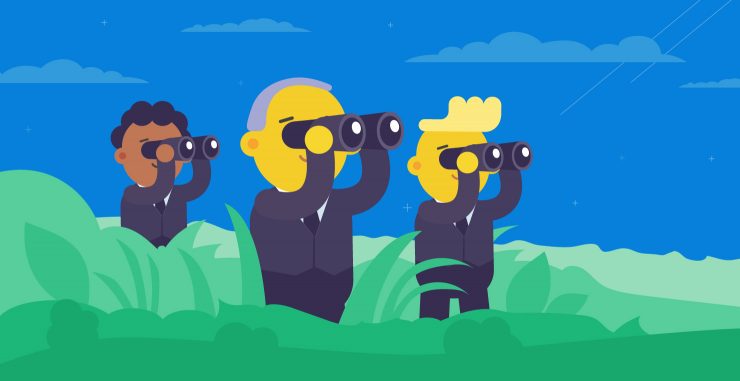